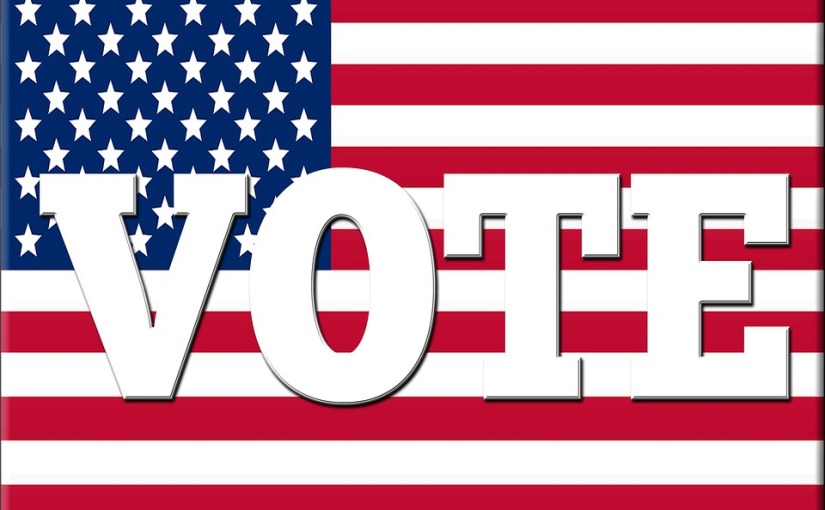 So normally, I’d advocate for voting according to one’s religious values. Recently, though, I have been making a distinction between voting with love and compassion as opposed to “this or that” spiritual inclination. As I’ve reflected on this change, here’s the reason that came to me:

Whether Christian, Muslim, Hindu, or any other historically theocratic society, governments based on religious principles always fail their people. At best, the majority of citizens fall under the correct religious umbrella and a minority are persecuted. At worst you have the Taliban, who don’t care about religion so much as control with a religious flavor.

The United States was established by mostly Christian/Deist men. This should not be confused with the idea that the U.S. was supposed to be a Christian nation. Otherwise, we wouldn’t have protections of varied religious practices and protection against the establishment of a state religion.

I bring this up because I realized more explicitly that there is something very unspiritual about voting for a government that would force one’s spirituality on other people. Both liberals and conservatives do this, and it is quite unnerving.

Anti-abortion advocates are heavily driven by religious ideology, usually Christian. The same goes for those who are pro and anti-marriage equality or immigration reform.To force such views on each other via the vote is actually one of the most un-American, unconstitutional, and unkind things we could ever do.

Our nation was designed with a secular bent, not because the founders thought religion was stupid or going away, but because they recognized the danger in government enforcement of religious doctrine. The citizens of this country were expected to vote according to secular principles, using education, reason, and logic to make national decisions. While I would and compassion and neighborly love to this list, I otherwise agree wholeheartedly with this approach.

Now we only vote every four years in terms of the presidency, but how often do we judge or criticize others because they don’t adhere to our religious or spiritual values? Far too often, I’d say. This is, in and of itself, an unspiritual, impious tendency that needs to be eliminated. The world is too big and too diverse for one religious clan or the other to go around constantly bitching at each other, as it only results in violence, whether physical or ideological.

Now I am a Quaker. I have principles that I will adhere to in my everyday life, and those principles may get me into conflict. I, however, should not attempt to shape the rest of the world according to my views. I should simply act in accordance with the principles of Simplicity, Peace, Integrity, Community, and Equality; the rest will work itself out.

If we were more focused on individually living our own spiritualities rather than trying to force others to do so, this world might be a better place. So I have made a vow to try and do just that. I pray you’ll join me so that maybe this country can fully become the diverse, beneficial, and tolerant nation it was designed to be.